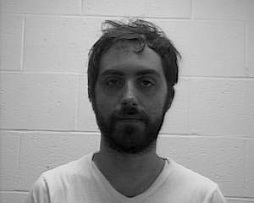 has demonstrated considerable ties to the Free State Project, including:

Last year Rosa was arrested by police in Hooksett for continuing to drive after having his license suspended. Free Staters often refer to these as “victimless crimes” and claim that they should be overlooked. [Hooksett Police, Manchester Man Arrested for Operating After Suspension, July 6, 2013]

Rosa accepts Bitcoin for campaign donations. Bitcoin is an alternative monetary policy system to the U.S. dollar. All but a few of the candidates running in New Hampshire who accept Bitcoin are members of the of the Free State Project. [Facebook, Andre Rosa for NH State Representative, August 11, 2014 ]

The ultra-extreme Free State Project voted on a state to move 20,000 people to, with the stated purpose to take over state government and dismantle it. The Free State Project seeks to create a libertarian “utopia” void of public infrastructure and common laws, and to use the power of numbers to dramatically change New Hampshire – even threatening secession from the rest of the country.[2] Members like Andre Rosa are actively working to help the Free State Project fulfill those goals.

[2] “Once we’ve taken over the state government, we can slash state and local budgets, which make up a sizeable proportion of the tax and regulatory burden we face every day. Furthermore, we can eliminate substantial federal interference by refusing to take highway funds and the strings attached to them. Once we’ve accomplished these things, we can bargain with the national government over reducing the role of the national government in our state. We can use the threat of secession as leverage to do this.” [Announcement: The Free State Project by Founder Jason Sorens]