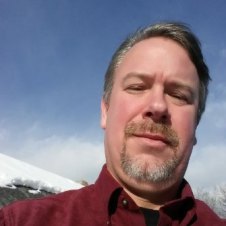 Dickey regularly attends PorcFest – the annual festival for Free Staters – and also participated as a speaker on the subject of “influencing local school boards.” Dickey attended PorcFest XI in 2014 and in 2016 gave a presentation on how to influence school boards. Dickey currently serves as the Vice Chair of the New Boston School Board. (PorcFest 2016, Bio: Glen Dickey)

The ultra-extreme Free State Project voted on a state to move 20,000 people to, with the stated purpose to take over state government and dismantle it. The Free State Project seeks to create a libertarian “utopia” void of public infrastructure and common laws, and to use the power of numbers to dramatically change New Hampshire – even threatening secession from the rest of the country.[1] Members like Glen Dickey are actively working to help the Free State Project fulfill those goals.

[1] “Once we’ve taken over the state government, we can slash state and local budgets, which make up a sizeable proportion of the tax and regulatory burden we face every day. Furthermore, we can eliminate substantial federal interference by refusing to take highway funds and the strings attached to them. Once we’ve accomplished these things, we can bargain with the national government over reducing the role of the national government in our state. We can use the threat of secession as leverage to do this.” [Announcement: The Free State Project by Founder Jason Sorens]